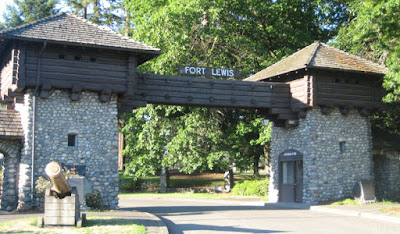 In 1978, Edwin Godoy was an E-4 soldier with the U.S. Army commissioned to Fort Lewis, in Washington State.

Fort Lewis is located next to a forested area in that western state. Mr. Godoy was also an expert marksman who came out as the third best marksman in the U.S. Army for that year. One night, as his platoon was returning in a truck from some war games in the forest, the truck malfunctioned and lost all power.

Impossible to make it start, the acting commander decided to return to the base by foot with the soldiers and ordered Godoy — as he was the one who had signed for taking out the truck — to stay and guard it until morning, when a tow unit from the base would be sent to pick up him and the vehicle.

To Godoy this was somewhat irregular, as normally, two men would be ordered to do this. Anyway, the others left at about 8:00 P.M. and he remained there with the truck.

At about 12:15 A.M. he noticed a figure some 300 meters away from him, standing next to some pine trees in the forest. What shocked Godoy was the size of the figure — it was very tall — and its body was completely covered with hair.