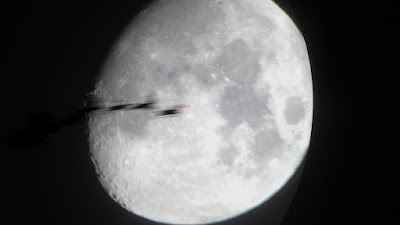 Arguably the most famous cryptid in the world is Santa's flying reindeer. Other than stories, and the occasional sound of their sleigh bells ringing, there hasn't been much evidence to support these elusive creatures, until now. A police officer in Indiana was able to capture an image of these flying beasts on his dash cam while working late Christmas Eve.

NOBLE COUNTY, Indiana – An officer who works for the Noble County Sheriff’s Office in Indiana captured a surprising photo while working on Christmas Eve.

The LaGrange County Sheriff’s Office shared the photo on their Facebook page on Thursday night.

In the photo, 6 of Santa’s reindeer can be seen.

The caption reads: “Photo taken from the dashcam of a Noble County Patrol car in the southern part of Noble County heading northbound a short time ago! Merry Christmas to all and to all a good night!” 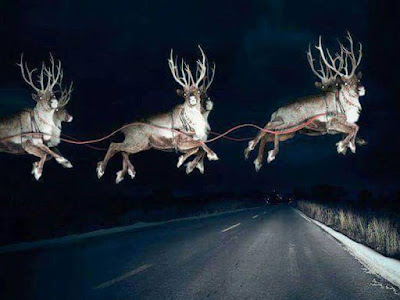