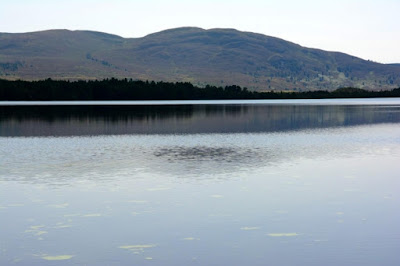 When you think of lake monsters, most people think of the Loch Ness Monster, or "Champ" from Lake Champlain. But according to this article, they might have a cousin living in North Carolina.

Ted Hill, a 42-year-old man who claims to be a park ranger working in the area, told Cryptozoology News he was at Lake Norman on Dec. 21 when he saw the strange animal eating a duck.

“I was looking out for a beach,” said Hill. “Then a duck was yanked under and a huge animal rose up,” he added.

Hill says the sighting lasted about two minutes and that the creature looked like the “Loch Ness Monster”.

But Hill was not the only one to report the animal. Clerk John Fisher, 34, says he was at Lake Norman the following day when a similar creature showed up.

“I was fishing,” he told Cryptozoology News. “An animal came up and swam around for a few minutes, then dove back down.”

Fisher described the animal as a 10-feet-long dinosaur-like creature “much like the Loch Ness Monster”.