For years Dr. Matthew Johnson has been focusing his research efforts in an area he refers to as SOHA, making some of the most amazing claims in bigfooting. Everything from habituation with the creatures, to telepathic communications, to inter-dimensional portals, SOHA seems to have it all when it comes to paranormal bigfoot activity. Johnson has even been willing to take others to the location, as long as they were willing to sign a Non-Disclosure Agreement, and could pass his list of prerequisites. The one thing that he was not willing to do however, was reveal the location of the hidden rebel base to the Empire known as the Coalition for Critical Thinking in Bigfoot Research. Namely Steven Streufert, and anyone else who does not willingly accept the claims coming from Dr. Johnson. After much diligence, and a vast network of participants, the location of SOHA has finally been discovered and confirmed, much to the dismay of Dr. Matthew Johnson. Jamie Wayne of the Bluff Creek Project posted the following: 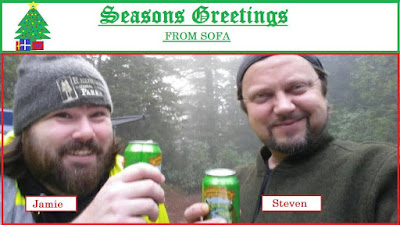 So for a while now we have been looking for Dr J's Southern Oregon Habituation Area so we could visit it and debunk his supernatural claims. Last week Mitchell Wilson found a match on Google Earth with the blurry screenshot he posted a couple years ago. Steven Streufert and I visited the site on Monday and confirmed it. We were respectful and didn't leave anything behind. It was late so we only hung out for a few minutes. At this time we won't reveal the location but after going there we now know that this is probably the last place a Sasquatch would be. It's right next to houses and is only a 20 minute leisurely 4x4 trip from the highway. We investigated Adam Davies portal as well and we are sure we have that figured out. There is a house 3/4 mile away with flood lights on it that point up the ridge. You can see it when you look low through the trees.

We could have chosen to mess with Johnson or hoax him to embarrass him but we thought we should just announce it here. Steve will be constructing a blog on it soon. We do have intentions of doing a night investigation up there sometime but we will not be secretive about it or play any dirty tricks.


For more information and photos, visit the Bigfoot Anarchy blog by clicking here.