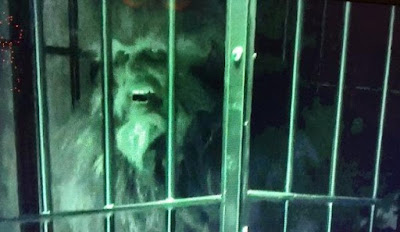 Last night, The History Channel aired a two-hour special entitled Breaking History: Bigfoot Captured. The show sparked a lot of controversy and Dr. Jeff Meldrum had this to say about his involvement:

To head off the flood of emails and phone calls, let me reiterate that as a guest interviewee, I had nothing to do with the overall plot or creative content of this production. I do my best assess the intentions of a production company when I am approached, an encourage them to build upon credible information, but occasionally their enthusiasm is feigned and assurances are worthless. Its always a bit of a crap shoot in this business. Do you try to put the best effort forward and at least make a meaningful contribution in some way, or do you refuse to appear and have the entire production be without merit.

I haven't seen the program (I don't have cable) so I can't comment on particulars. From the teaser I got an inkling that there was some dramatic liberty taken creating a what-if scenario. I have no knowledge of a "capture" -- no indication of samples being tested, etc. Even in the drone sequence I am told they gave the impression we had a hit on a biped that we investigated looking for sign. A biped yes -- one of the production assistants. It was an exercise to demonstrate what the drone could and could not do. A useful exercise by my account.

Anyway -- take what you can from it, and have a chuckle over the remainder.