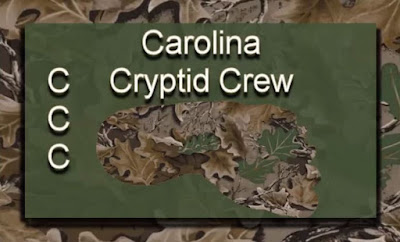 Holy crap were the words the used when they heard the sound. If it wasn't a Bigfoot, then it must have been a person. But according to these North Carolina researchers, there was nobody around except them:

This audio was captured right after a tree knock. It was getting late and we were cooking dinner at base camp when we heard a tree knock. Two of our members went in the direction it came from to see if they could find anything. They saw some eye shine from what they assumed to be two different creatures. We do not make any claims as to what these yells came from as we didn't have a direct visual on any animal or human. We were in a secluded area where we know there were no other people around. All other team members were accounted for at base camp.