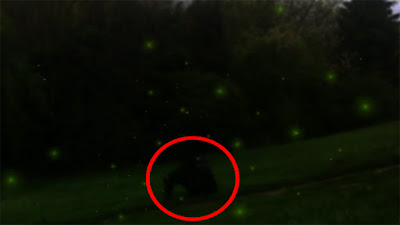 It's a summer pastime in the south for children to chase fireflies and see how many they can collect in their glass jars. But for these three children, what should have been a wonderful childhood memory, turned into absolute terror when their firefly hunt turned into a terrifying bigfoot encounter.

Jim King, known by his friends as "Bear", had his first bigfoot sighting in 1966. Not knowing what it was at the time, it wasn't until 1972 that he became aware of "bigfoot" and has been studying the subject ever since. He's had numerous "booger" sightings as he calls them, and has enough stories to fill a book. You can also listen to his Bigfoot Outlaws podcast at https://www.youtube.com/BigfootCrossroads​