Bigfoot Turns The Hunter Into The Hunted 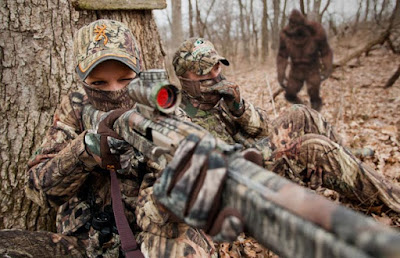 As humans we tend to think we are at the top of the food chain and the masters of our domain. That is until you run across a bigfoot in the woods. Then you see who the true master of their domain is.

At first, the eyewitness believed it was a person standing there, staring at him. But then he realized that was he was looking at was far from a current human being.

“I froze and we had a stare down. All I could see was from the chest up. It was huge, at least 9 feet. Its shoulders were massive, gray hair, it looked like it had been groomed. I was close enough where I could see the color of its eyes, it kind of reminded me of a Neanderthal.”

Reportedly, Alan chose to go back to the house when he felt the creature walking behind him. He says that he felt as if he was being “stalked” and that it appeared to be intentional, as if the purported beast was saying “you are not the top of the chain food here anymore”.