Does Anyone Know Where The Nordegg Bigfoot Film Is? 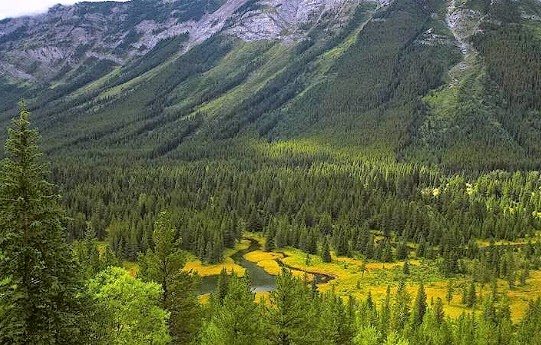 No wonder it was featured on Survivorman: Bigfoot. The Nordegg area is famous for its bigfoot sightings, dating back since man has been in the area. Here's a couple accounts by a man named Richard Snell, including a story about an actual creature being filmed.

In the late 1960s, Snell was one of the workers at the Big Horn Dam-area pre-construction, north of Nordegg, and one evening two of his co-workers came running into camp.

“Our friends were scared and when we asked them why they both said, ‘Something big is up there, behind us’,” said Snell. “They were frightened and the rest of the crew made fun of them, but when myself and another co-worker asked around and talked to the natives, they said nothing.”

Snell added that one of the natives pointed north to a mountain and said, “Mountain of the Hairy Man.”

“It seems that the natives of the area knew full well something is up there and it was taboo to even speak about it,” he said. “What made us believe our friends even more was when we discovered large footprints, more than 14 inches, in the snow right where they said they saw the creature. The prints had a large pace and we saw enough to know that the animal, or whatever it was, crossed the road and kept on going.”

The Nordegg experience was not the only time Snell had contact with sasquatch.

Snell, a prospector by nature with decades of experience in the wilderness, spoke of a time he and his brother were searching for gold in the northeast corner of B.C., just south of the Yukon border.

“My brother turned his 8-millimetre video camera on and took some footage of the treed area we were looking at,” said Snell. “We didn’t think much of the video at the time but when he showed it to me years later, we realized there was a large creature in the image, no more than 50 feet away that he captured leaving the tree line.

“As the image was projected onto a screen (high-tech for the time), I looked at the image and it was probably eight feet tall with arms that hung below the knees,” added Snell. “The hair colour was brown, and it walked with a shuffling type motion. It had large shoulders as well. I can’t remember the facial detail too well anymore, but I turned to my brother and told him he needed to show this to people. He refused. He’s passed away now, and the film has just disappeared.”