Did LordCryptid Capture a Bigfoot on Camera? 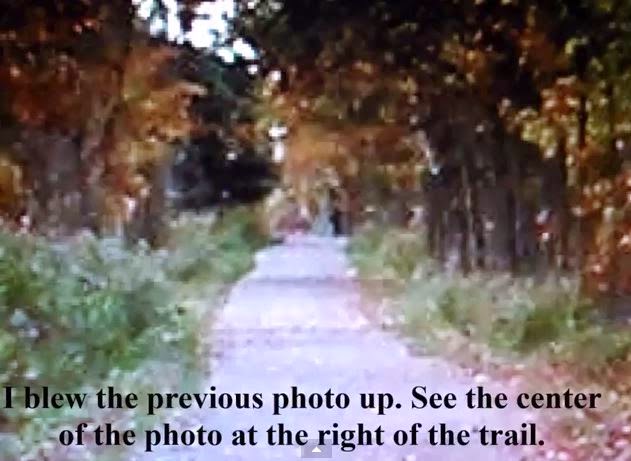 Bigfoot researcher LordCryptid in Michigan was walking his dog the other day and managed to capture a dark figure on a trail. Whatever it was, it was "solid black" and crouched down on fours before disappearing into the woods. This area is frequented by people, so it's possible that it could be a person:

While taking my puppy out for a walk and photographing the fall colors I saw a strange figure about 200 yards away down a trail. It was hunched over and I thought it was a big black dog. Then it stood up. I began to take pictures of it as it disappeared into the woods. I used the photos, observations and measurements taken at the scene to narrow down what the strange figure was. If nothing else, it is a good primer on how to do some basic photo analysis.