Why No Bigfoot Bones? 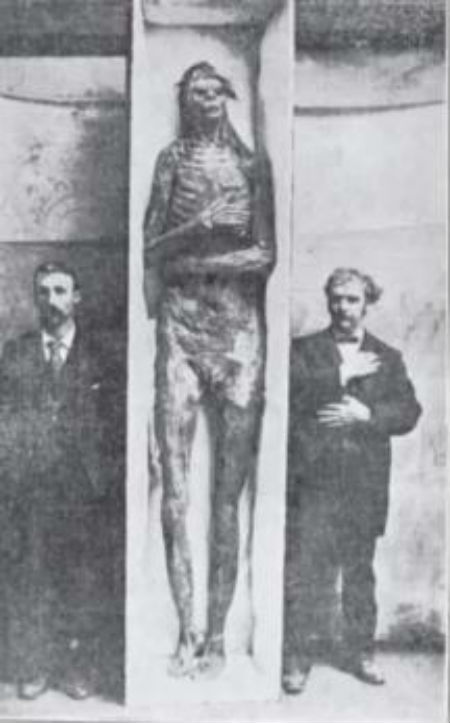 If Bigfoot exists, where are the bones? The question keeps getting asked, and rightfully so. But the answers, or at least a good answer is never forthcoming. So author D.L. Soucy attempts to present at least a partial answer as to why we can never find any Bigfoot bones:

My research shows that up until the early 1930s many scientists routinely (sort of) found skeletons and evidence of a race of human or human-like creatures that averaged 7 to 8 foot tall. However, in 1934,an official with the Smithsonian Institute issued what could be construed as an edict that all giant skeleton finds were bogus because the people finding the bones simply misidentified them. In short, the grand potentates of accepted scientific protocol said there are no giants. There never have been any giants. We have spoken, it is law. And after that point I find next to zero articles of anyone finding any giants bones.