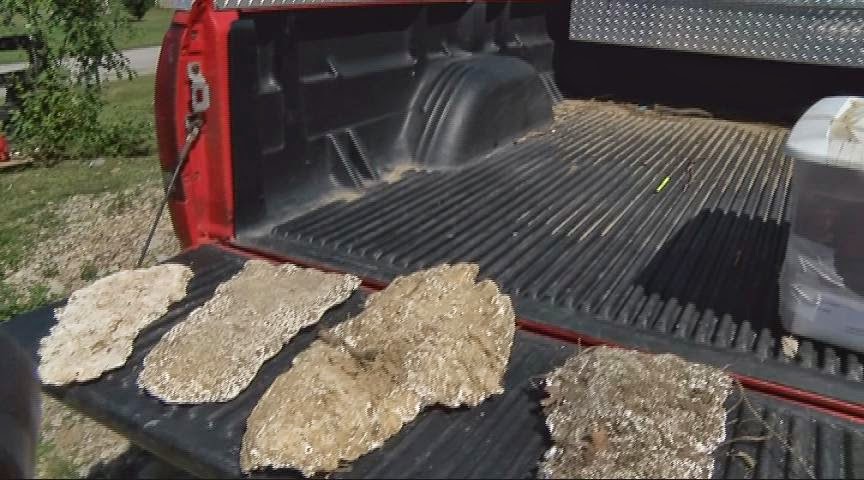 Bigfoot researchers in Kentucky say they have evidence of bigfoot roaming the bluegrass state. Kentucky has a long history of bigfoot sightings, including some major events that took place in 1962.

BEDFORD, KY (WAVE) - The woods of Bedford, Kentucky are filled with countless wonders of nature that will take your breath away.

“I want to show the world what I've seen,” exclaimed Rodney Adams, who is a part of the Northern Kentucky Bigfoot Research Group.

Adams says the small streams and lakes and dense forest of Trimble County are an ideal home for the so-called Bigfoot. Adams knows this is true because he's come face to face with the creature more than once.

With excitement Adams gave vivid details, “It had hair all over the body other than its face itself. It looked more human than ape-like. It had a very large flat nose, a very wide pronounced nose. Their head is almost like a dome. It was also a very ominous odor. It kind of smells like rotten garbage and wet dog all mixed together.”

Tom Shay, the Founder of the Northern Kentucky Bigfoot Research Group and Trimble County native, knows the beast and its history up close and personal.

“In 1962 in June, they had what they call the big monster hunt in Trimble County. They called it the thing. Several people saw it. They saw it looking in windows. They saw it kill a calf. That summer was terrifying for this community,” he said.