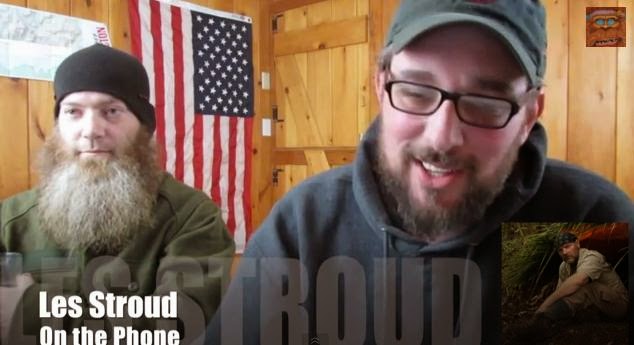 We've been watching Bill Brock like a hawk here in our New York headquarters. Two years ago, when he stood up during the Q&A session at the LAFF Lewiston/Auburn Film Fest in Maine to ask Les Stroud about Bigfoot, we had a feeling something was brewing. We don't exactly know what it is yet, but we're pretty certain that something's gonna happen and it could be huge. Destination America has already started promoting Bill Brock and his new show, and they've already filmed 6 episodes titled, MONSTERS UNDERGROUND that's premiering August 22. The press release is below:


In MONSTERS UNDERGROUND, a military survivalist, a trained biologist, a reclusive hunter-tracker, and a hulking pro fighter are on the case to investigate deadly monsters living in the most inaccessible environments on earth: underground caves, caverns, and mines. There, they seek out legendary creatures that thrive in the cold, damp darkness beneath our feet. For thousands of years, myth and folklore have warned of beasts that prowl the underworld. Now, Bill Brock and his team dare to trespass on their realm for the sake of discovering the truth, putting their lives on the line to venture deep under the earth’s surface where natural elements can be as dangerous as the monsters themselves.

In the maze that is Volcano Caverns in Flagstaff, Ariz., Bill Brock and his team believe that a giant, deadly reptilian bat creature known as the Olitiau, or “cave demon” has made this cave its home. One of the attributes of this blood-sucking creature is that it can sense fear in its prey. As the team explores the labyrinth of tunnels, sounds of the creature get closer and closer. The team gathers where they last heard the creature and wait. As a heat signature begins to appear on their thermal camera, their night vision dies, leaving them blind and vulnerable to becoming the Olitiau’s next victims.

Something has been feeding on Northern California’s black bear population, and Bill Brock’s team of monster hunters suspects the culprit is the Mapinguari, a descendant of the giant prehistoric sloth. Evidence leads them to Graveyard Gulch, an isolated cave that’s treacherous because of what might be living there but also due to extremely narrow passageways and slippery surfaces that lead to deadly drop-offs. Following the stench of the Mapinguari, the team sets their trap deep underground. As they wait in the dark, Brock’s thermal camera picks up an image while something unexpected and deadly prepares to strike.


Recent interviews with Les Stroud leads us to believe that something is definitely brewing between Les and Bill.