This Trailer For Cryptid The Novel Is Awesome 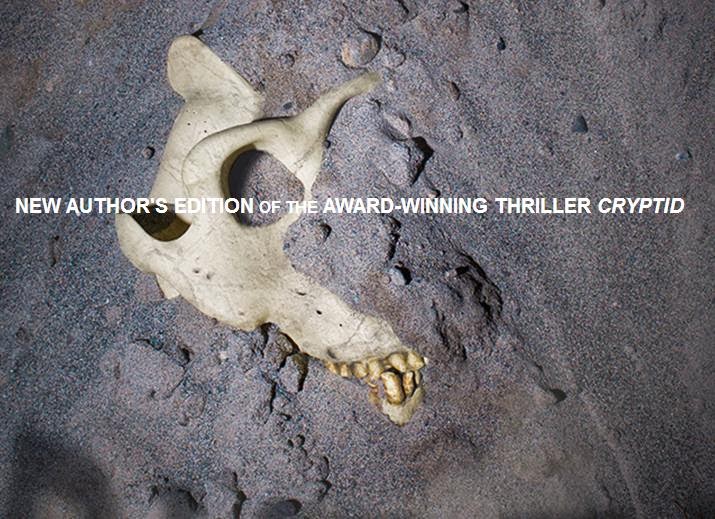 Something haunts the woods of Olympic National Park, a nightmare in hiding from extinction. Uncover the secret evidence of Sasquatch within Lewis and Clark's lost journals in Eric Penz's Cryptid, a cryptofiction award-winning novel. Two centuries in the making, Cryptid is the final chapter of the Lewis & Clark story. As with any good tale, the best secrets have been kept until the end.

Something haunts the woods of Olympic National Park, a nightmare in hiding. Its existence has been kept secret by a conspiracy that stretches back to President Thomas Jefferson and the Lewis & Clark expedition. The truth that we have not been alone on this earth would have forever been lost except that some species just won’t die.

Dr. Samantha Russell has spent her career seeking for truth in the only way she knows how, on her hands and knees, painstakingly digging it up from the crust of the earth. When the truth arrives by way of FedEx, she cannot help but see it as nothing more than another scientific hoax, especially considering the source. Dr. Jon Ostman has practically been excommunicated by the scientific community for his interest in such subjects as the American Sasquatch.

Suffering from her father's tragic sense of curiosity, though, Sam can't resist the question begged by the bones contained in the wooden crate. How could they be bones and not fossils since Gigantopithecus had been extinct for 125,000 years?

Driven to know the answer, Sam delays going to her father on his deathbed and instead pursues Jon to a remote corner of Washington state where he is about to make the greatest discovery involving the origins of the human species, a discovery Lewis and Clark may have already made two hundred years earlier. However, Sam is not the only one pursuing Jon, for one of our nation's first secrets is still being kept by all means necessary.

And if they do survive the centuries-old conspiracy, they will not only rewrite American history, but they will prove that we are not the only intelligent, bipedal primate to survive extinction.

Visit www.ericpenz.com for more information about this great novel.