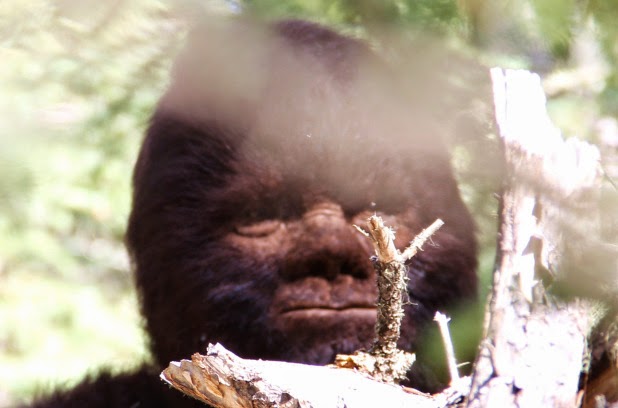 We recently posted a blog article written by Steve Kulls, the SquatchDetective, where he did a photo analysis of one of Todd Standing's bigfoot images to see if the data would support the claims. You can read the original post by clicking here.

After viewing the results, some proponents of Standing voiced their doubts about the authenticity of the photo Kulls had used in his analysis. The SquatchDetective has now released an article containing the source of the photo used in his analysis, which in turn can be used by anyone to conduct their own review and analysis of the image to see if their results match those of the SquatchDetective. The credited source of the image used by Kulls? Todd Standing.

"Okay gang, a lot of people were stunned yesterday how I took apart “Blinky”.

But the few “Doubting Thomas’” out there kept saying things like, “How can the data be accurate? Todd keeps his originals close to the vest.” One went so far as to accuse me of making things up…

“I think you’re full of crap. This “still” jpeg image was created from a single frame taken from a digital video source. Most likely an MTS file from an AVCHD capable camera. All you have to do is capture a screen shot of the original video, convert the captured image to jpeg format, and you can manipulate it and add all the “convincing” meta data yourself. Hackers do this kind of thing all the time. Technically, the process is referred to as steganography. Nice try. But it isn’t difficult to expose your so-called “analysis” as the real hoax here. Have a nice day."
– Tony Reusser, 4/26/14

These were programs and terms foreign to me. However it did give me cause to answer the question myself, “Where did the the photo I use come from, what was it’s source?”"


To find out just where Steve Kulls obtained the photo, and to read all the details, click here.