Bob Gimlin: "The film didn't impress me at all." 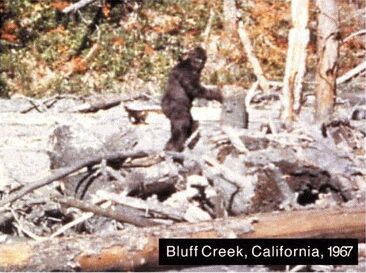 Most Bigfoot researchers consider the Patterson-Gimlin footage to be the single greatest evidence of the existence of Bigfoot. According to Bob Gimlin, seeing the film is not as impressive as seeing the actual creature.

Back in 1967, Gimlin met Roger Patterson  on the rodeo circuit where Patterson asked him to help out with investigating Bigfoot reports. During their excursion, the men made history when they encountered and film a female Bigfoot (with visible breasts) fleeing into woods. At the Ohio Bigfoot Conference, Gimlin explained what happened:

They rushed north to mail the film for processing.

"The film didn't impress me at all," Gimlin said.

This is compared to having been an eye witness to the creature, he added.

They would return to the scene with numerous cardboard boxes to protect the tracks they found in the soil. But heavy rains destroyed the boxes as they sat outside the truck (the men slept within). Gimlin improvised, using bark pulled from nearby dead trees to cover the tracks, protecting them from the rain until they could be cast.

The likeness of one of those tracks was crafted into a special framed and lighted box and presented to Gimlin.