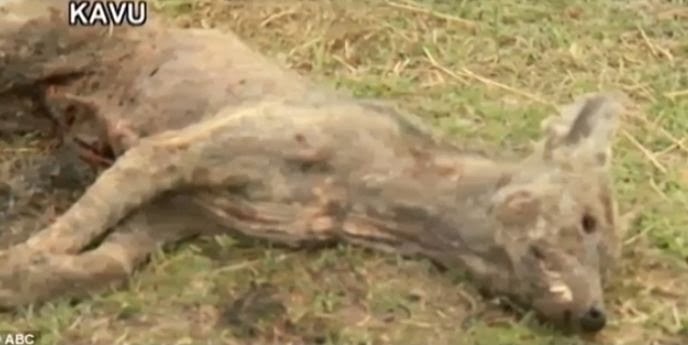 A family in Victoria, Texas shot and killed this animal, which they are claiming to be a chupacabra, a mythical creature that sucks the blood out of livestock. According to ABC News, the shooter, Doug Ohrt, shot it last Sunday night when they heard a chilling howl.

“My grandson ran outside and shot him from about 240 yards,” Ohrt, 79, told ABC News. “It’s mangy looking and it’s got long hair on the back and hair on its legs.”