A Guide to Cryptid Locations in Britain 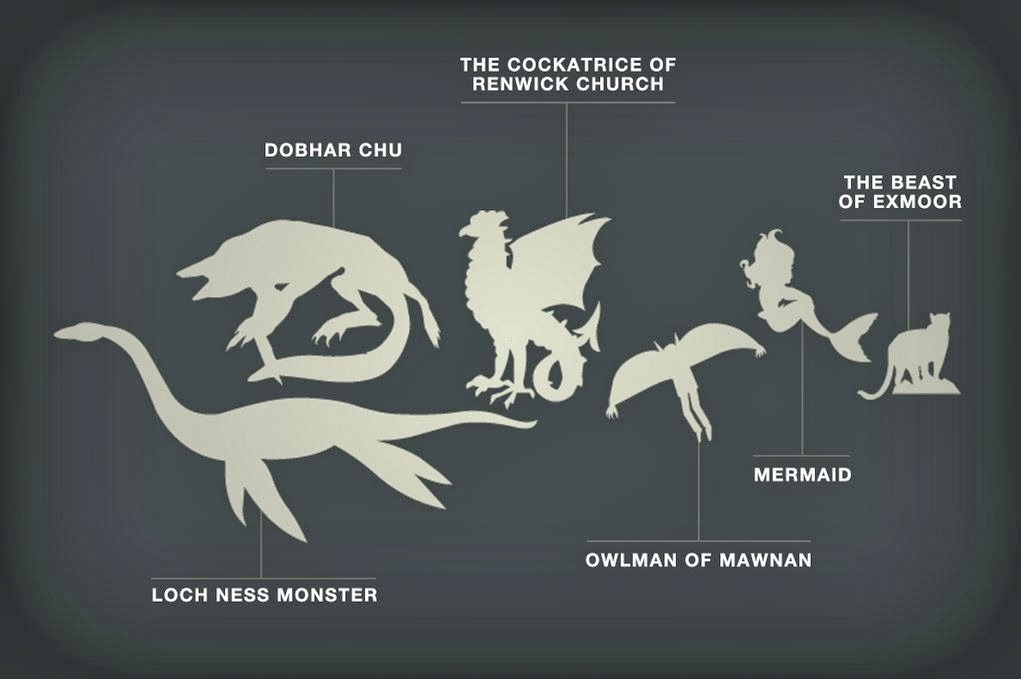 Plan on being in Britain, and have an interest in cryptids? This article tells you exactly where to look for them. Check it out:

"Exmoor
For decades, sightings of big black panther-like or brown puma-like cats have been filed all over Britain, but the most famous is the Beast of Exmoor, reported since the early 1980s from this huge moorland overlapping Devon and Somerset, and blamed for many sheep kills. Similar Westcountry-based reports have also been filed from Dartmoor and Bodmin, but if there are big cats here, escaped/released from captivity, they continue to elude capture. Wild but beautiful locations well worth a visit.
Mawnan Old Church
Since the 1970s, the woods surrounding the old church in the Cornish village of Mawnan have been the scene of several alleged sightings of a bizarre feathered flying entity nicknamed the owlman. For although it resembles an owl, it is as tall as a man and stands upright. Zoologists speculate that it may be an escapee European eagle owl, but eyewitnesses have discounted this. A dark, mysterious, and not a little eerie place."

You can read the entire article by clicking here.