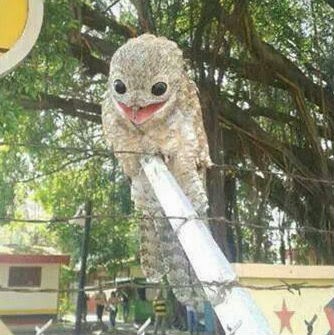 This is the strangest bird ever! According to our Mulder's World poster, this bizarre creature is a Potoo, an unconventional looking bird found in Central and South America. A collage of the bird is below: 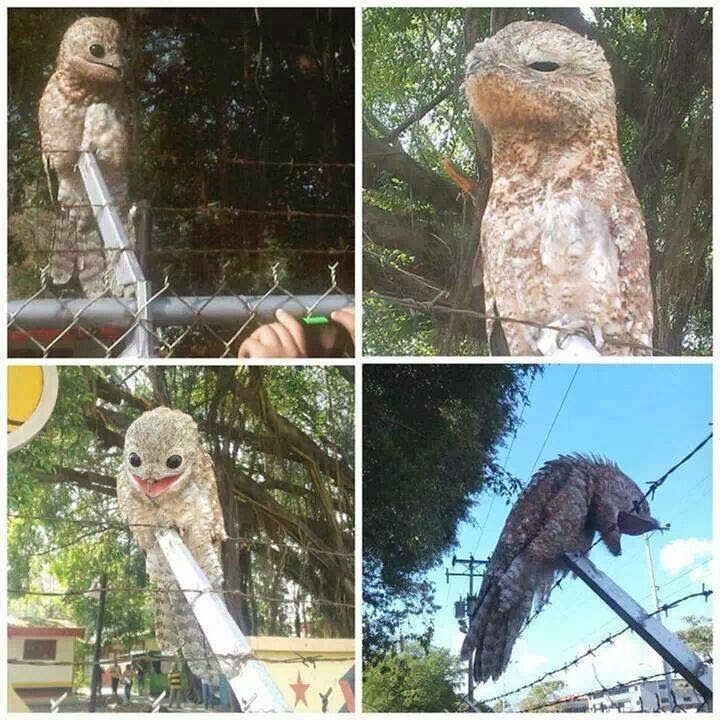 This is probably the animal that started the Mothman phenomenon. People saw the "mothman" as a type of entity of omen... they describe it as a large strange owl thats normally seen at night and is incredibly stealthy. I wonder why it's coming out in the day now? Considering its a symbol of omen... maybe it means something? =P