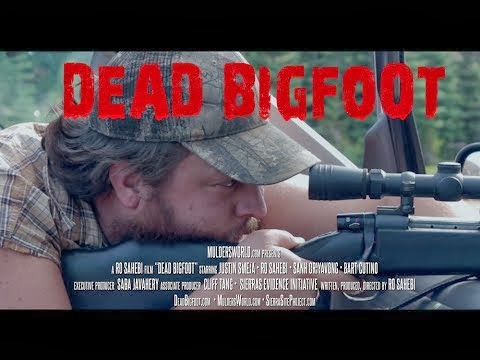 In October of 2010, 2 young hunters shot a 7 foot tall animal they could not identify. It stood upright and walked like a man. Dead Bigfoot: A True Story, chronicles the events that followed the shooting in an attempt to learn more about the hunters involved and the alleged creature they killed.

Also you can catch Justin Smeja with Derek Randles on the Bigfoot Files episode 2 this Sunday.

Go to DeadBigfoot.com to stay updated with official release information.