Watch this: The Bigfoot Files Crew At Justin's Kill Site 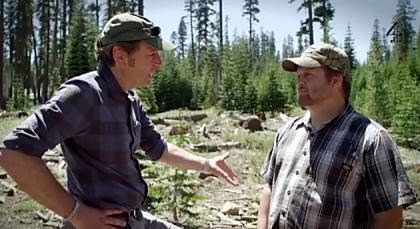 Here's a video of Justin Smeja explaining to The Bigfoot Files host, Mark Evans about what happened at the Sierra Kill site back in October 2010 when he shot two Bigfoots. Yesterday, Dr. Bryan Sykes revealed on Channel 5 U.K. that the boots that allegedly had Bigfoot blood on it was too degraded or had no viable DNA on it to test. Other samples such as the hair sample found near the site weeks after the shooting came back as bear.

Justin Smeja's entire story will be made available through a documentary at DeadBigfoot.com.