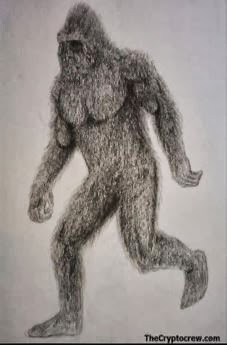 Here's a fascinating interview from the Crypto Crew about a hunter who encountered two Bigfoots and managed to shoot one of them. According to the hunter, government agents were sent to investigate and pictures were taken. As these types of stories goes, the government made sure nothing gets leaked and the witness keeps his mouth shut. The hunter tells us he wants to remain anonymous, especially after the ridicule Justin Smeja received over the years after coming forward with his encounter.