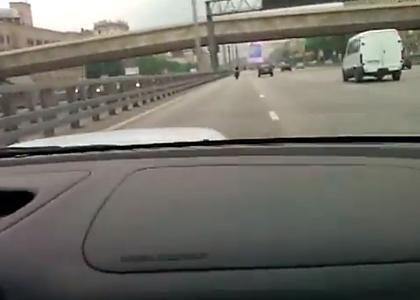 Yes! More Russian videos! In this video (not a dashcam), the idiots speeds through a highway and sideswipes several cars stuck in a traffic jam. The video ends abruptly, but legend has it that this was the last anyone ever heard of them. "The film was recovered from﻿ one of the dead corpses at the scene," says one YouTube commenter.


[Update] Here's part 2 of the crash. The drivers are pissed!