Ontario Audio Breakdown: Are These Sounds Really From Bigfoot? 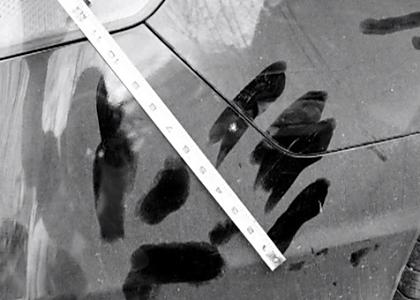 YouTube user Sasquatch Ontario recently uploaded some very compelling audio of alleged Sasquatch communication captured on a private property in Canada. The audio clips contained several minutes of "Samurai Chatter", a type of vocalization some experts interpret as language. The extremely rare audio was recorded May 3, 2013 after several months of interaction.

In this breakdown video, Bigfoot enthusiast David Batdorf shared some interesting clues about the authenticity of the Ontario sounds. During his analysis, David noticed several sounds that were used multiple times. He alleges that each instance of the same sound appeared to be modified in either volume, or pitch/time. "The footfalls appear to be percussive, like a hiking/work boot... and at one point, you hear a guitar fall or being stuck by an object. I feel the audio has been tampered with," he explains.

Here's his analysis of the audio:

"This is my take on the Ontario Sounds, as they were presented. Aside from my enthusiasm for Sasquatch-related topics, I also play, write and record music... so, audio is my favorite medium. There are some interesting points to consider, when it comes to authenticating audio... the most important of which, is the fact that you can literally SEE what has been done to the waveforms, if you know what you're looking for. This video is meant to share my opinion and nobody should consider me an expert... just look, listen and make up your own mind." - David Batdorf