Director of "Shooting Bigfoot" Morgan Matthews Speaks Out: Bigfoot Was Not Harmed or Loaded Onto a Truck 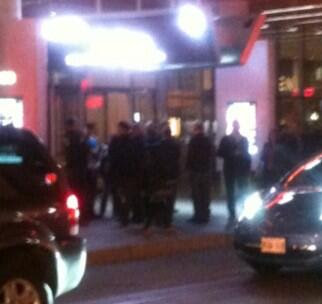 Thanks to Brian B. for sharing this CBC.ca interview with Filmmaker Margon Matthews regarding Tuesday's premiere showing of his film "Shooting Bigfoot". Contrary to what Rick Dyer has been telling gullible believers, Matthews says he has never helped moved a Bigfoot body. The members of Facebook Find Bigfoot can be heard before the Matthews portion and it's clear they're deeply upset and agitated by the possibility that this could all be a hoax. Brian writes:

Morgan Matthews gave an interview today on british radio. when asked if he believed in Bigfoot, he said that was a difficult question to answer, but he thinks the world is a better place if we think Bigfoot if real. Rick Dyer says Morgan Matthews helped him move a Bigfoot body. I don't think Morgan Matthews would lie. It would ruin his reputation as a documentary maker. Rick is lying there is NO Bigfoot body. Rick Dyer is lying. Here is the interview: