Russian Scientist Dr. Igor Burtsev Says The Yeti In This Video Is Carrying a Baby 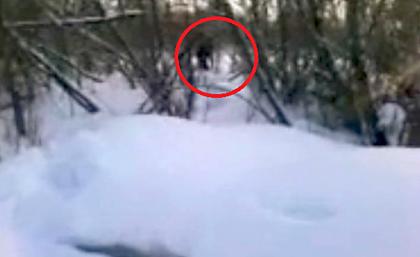 Last month, a 12-year-old boy named Yevgeny Anisimov and his two friends filmed what some believe to be a Russian Yeti. The footage was filmed near the frozen Ur River in Kemerovo region, southern Siberia. According to Dr. Igor Burtsev, an expert in the Abominable Snowman, the creature in the video appears to be a mother or a father carrying its offspring. "The shape of the footprints in the snow indicate a large creature and a possible child or baby," Burtsev explained. "It looks like the bigger Yeti - maybe it was mother or father - was making a path for the smaller one," he added.

"At first we thought we saw extra long arms but now we think these were the legs of younger Yeti, who was carried by the bigger one."