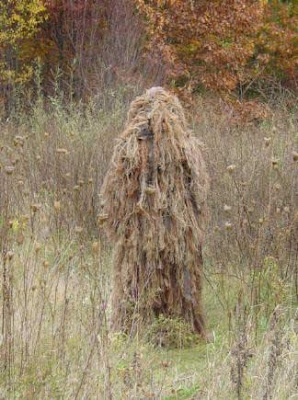 We just received word from Stacy Brown Jr. in Myakka Florida, that our coverage on the Skunk ape story may have presented an opportunity for pranksters to interfere with his investigation. Yesterday, a park ranger reportedly chased of a man wearing a Bigfoot costume. Apparently, the man was holding up traffic, causing a scene a few miles from where the original sighting took place. It's unclear whether this same person is responsible for the previous Skunk ape sighting or just an opportunist looking for media attention.

Brown tells us his investigation has yielded some important important such as the creature's height and stride and the size of the tracks he found is much bigger than a man's. We're expecting a live update from Brown any moment now and we'll be adding the embedded video below: