Does The Uniqueness of The DNA Prove That Ketchum's Right? 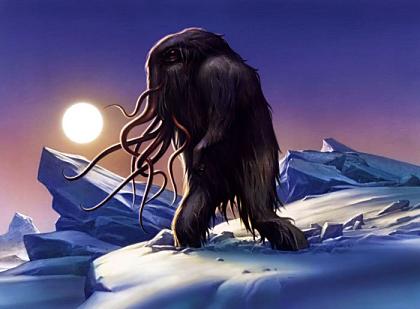 The Bigfoot blog Bigfoot Lunch Club received an email response from a microbiologist named Dr. Tyler Kochjohn who suggest that Dr. Melba Ketchum's paper does not prove Bigfoot, but rather, it proves that there is definitely "something unique and unrecognized roaming the woods". Konchjohn points to Ketchum's data on the hair morphology, and unique traces of nuDNA consistent across multiple samples from around the world. Konchjohn also explains why Ketchum's paper was rejected the first time and wrote that her first publication target was a forensics journal -- "which rejected the paper because it was too genetic and biological".

The microbiologist believes Ketchum's data points to an origin that has two clear possibilities: Bigfoot is either hybrid or mutant.

The mtDNA is fully consistent with known human sequences (given a base pair or two). The maternal lineage is, without a doubt, H. sapiens sapiens. Even more interesting, is that the oldest mtDNA sequence found was from about 15,000 ybp, while the youngest was only a few thousand years old, if that. This means that bigfoots have been continuously splitting from or interbreeding with normal humans since about 15,000 ybp until rather recently. The problem with the hybrid idea is that if bigfoots are a cross between humans and some closely related hominid (Homo X), then they probably would have breed with Homo X, and we should find unknown mtDNA from Homo X; but there is not, at least, not in the bigfoots from which samples were collected. Some people might think that the Homo X chromosome 11 and human chromosome 11 should still be distinctly identifiable, but chromosomal crossover could have mixed them together, turning a heterogeneous hybrid into a homogeneous race.

The other option is that bigfoots originated as a mutation from H. sapiens sapiens. We used to think that mutations occurred individually and slowly over time, but fossil evidence suggests that new species pop up fast, driven by gene pool isolation, and then stabilize with population increase. There was a global disruption about 15,000 ybp, and it is quite possible that bigfoots are cold-adapted humans. Given their physical features, they do seem to be dark skinned and negroid, which were the predominant human traits until about 6,000 ybp (when human skin color lightened in the north). Add in the hair and size, and you have a bigfoot.


Check out Bigfoot Lunch Club for the full letter from Dr. Tyler Kochjohn.