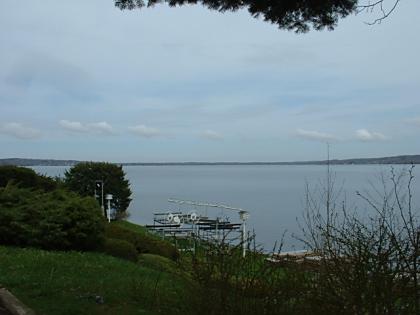 Peter Wiemer, from the Chautauqua Lake, NY Bigfoot Weekend & Expo announced that in a letter he wrote to President Barack Obama on February 15th that he requested protected species status for Bigfoots / Sasquatches in the USA.

In a letter written to garner National protection, Peter requested from President Obama to consider the recent DNA study claiming Bigfoots are part human and part ape, an indigenous species of America that should be protected prior to being killed by Sport as allowed in Texas. With all of the Bigfoot sightings in Hawaii over the years as well as over 100 in New York State should be of no surprise to the President to receive this kind of request. It really is up to each state to decide on which species are protected but here, it is probably part man, which should garner National Protection as it would onto any man or women in the USA. There has been no response from President Obama as of yet.

Previously, Peter wrote the NYS Department of Environmental Conservation (D.E.C.) Commissioner in July, 2012 requesting the same, where the Chief Wildlife Biologist from the NYS DEC wrote back on the Commissioner’s behalf that in so many words, Bigfoots are Mythical and do not exist anywhere in the World.

“When I created the CLBF Weekend & Expo, I had no idea I would be eventually asking anyone, let alone President Obama to consider protecting Bigfoots. After hearing from local eyewitnesses and seeing there are over 100 other documented sightings in New York State, I became a Believer”… The first documented sighting of a Bigfoot in the USA was in Sackets Harbor, NY in a newspaper article in 1818 and can be seen on the 12 minute video trailer at our ChautauquaLakeBigfoot.com website.

New York State is the third most populated State in the USA with Chautauqua County and Chautauqua Lake, NY being within a four-hour drive of more then 15 million people from Cleveland to Pittsburgh to Syracuse and to Toronto & Niagara Falls, Canada.

Mary Roller from Chautauqua County whose eyewitness accounts numbers more then 4 separate times she has seen a Bigfoot and in two cases, “Two Bigfoots at the same time” from her lifetime of living on her lands for more then 40 years. A YouTube video of her eyewitness accounts and interview is on YouTube. Seeing is Believing and Mary has known for years what, 30% of Americans believe that Bigfoots are real as reported by LiveScience on March 21, 2012.

Mary will be speaking at the Town Hall Meeting on Friday, April 26th, at the YMCA Camp Onyahsa on the shores of Chautauqua Lake in Dewittville, NY.  This will take place from 5:00 - 9:00 pm and is available by entrance fee. Eyewitnesses to a Bigfoot encounter here in Western New York and Pennsylvania will speak about their experiences.

On Saturday, April 27th a first ever Bigfoot School in North America, the Chautauqua Lake Bigfoot School (CLBFS), at Camp Onyahsa.  This will take place from 10:00 A.M. - 2:00 P.M. and is available by entrance fee. There will be classes on how to make footprint casts, how to interview eyewitnesses, how to collect evidence, and a class on equipment from the bare necessities to more complex tools and equipment. There will also be a kids fishing class starring kids teaching kids and you how to catch fish conducted by the iKidsFishing Show. Each participant will receive a CLBFS diploma and a Green Ribbon.

These events culminate with the Chautauqua Lake Bigfoot Expo being held Sunday, April 28th at Chautauqua Suites in Mayville, NY.  This event will have six National Bigfoot Researchers including Larry Battson, Billy Willard, Steve Kulls and Melissa Hovey. Special Bigfoot speakers coming in from Washington state is Bob Gimlin, from the famous Patterson - Gimlin Bigfoot Film of 1967 in Orleans, California, and from San Francisco, California will be Tom Yamarone.

Tickets for all of the events went on sale starting March 1st, 2013 at ChautauquaLakeBigfoot.com

All of these events are intended for children and adults of all ages. “We really focus on making it something you can do as a family. We are trying to teach everyone about these beings that they are not as scary or   troublesome and are living already among us in peace and harmony here in Chautauqua County. Bigfoots are not a paranormal, they are for real says Peter”.