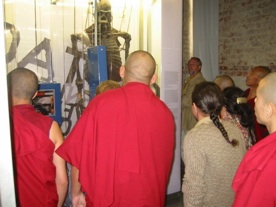 Ok everyone. There's a little section in Ketchum's paper that currently citing a great scientific literature written by Milinkovitch M. C., Caccone A. & G. Amato. Ketchum's paper cites a molecular phylogenetic analyses that was done back in 1994 that sequenced 737 morphological convergence between the ‘‘yeti’’ and primates -- proving the existence of the yeti. The sequenced yeti 12S rRNA fragment data can be found here.

Ketchum referenced the Milinkovitch paper as "circumstantial evidence of Sasquatch across the modern world for centuries" and their data is "incontrovertible proof of their existence".

There's only one problem with the paper she cited. It's a damn April Fool's joke from 2004. Apparently, the paper is well-known to many students and it is often brought up as one of the best known April Fool's jokes in research literature. The Universite De Geneve wrote an article titled, "The Yeti DNA sequenced" stating that the paper was obviously an attempt at humor:

"The study reported in this article represents scientifically rigorous assessment of conflict between the published morphological characters and newly obtained molecular characters for species of questionable validity. More significantly, however, this study indicates that evolutionary biologists need to retain sense of humor in their efforts to reconstruct phylogenetic relationships."


Don't believe us? Go read about it for yourself: http://www.lanevol.org/LANE/yeti.html

Here's a link to the paper: http://www.lanevol.org/LANE/yeti_files/yeti_1st_April_MPE_2004.pdf 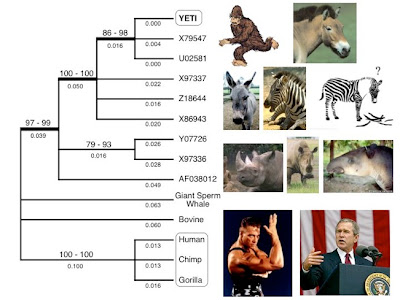 [Thanks to everyone for the heads up.]