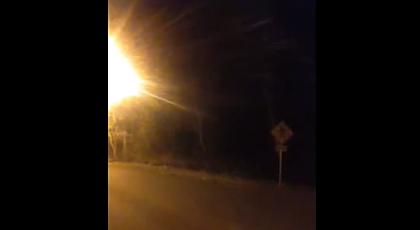 Do the following clips sound like wolves to you? One wildlife expert at The Wildlife News seems to suggest that it might be. Since November 2012 residents of an area north of the Wildhorse Casino on the Umatilla Indian Reservation Reservation, Oregon, have been hearing loud and seemingly inexplicable noises coming from a brushy swamp on the edge of the Blue Mountains. According to one resident, the screams "sounds like it has a large diaphragm, can change tones & decibels w/ ease."


The sounds are real. There is audio on-line. Bigfoot is just a hypothesis, if we can dignify the explanation of the sounds with a scientific phrase. Others have suggested fox which sometimes make unusual noises. We can add to the ideas by suggesting wolves because the relatively new Walla Walla wolf pack ranges down and perhaps into this area.

Is Bigfoot wildlife or a species of human, assuming it exists outside of our minds and as a myth (mostly of the Pacific Northwest)?