Dr. Matthew A. Johnson: Team Quantra DID NOT capture a Bigfoot 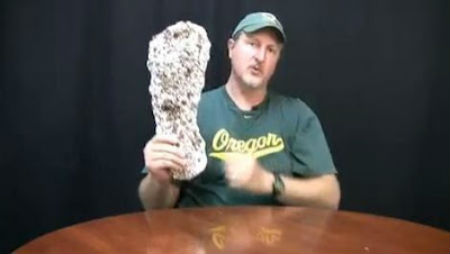 Dr. Matthew A. Johnson is one of the most credible people in the Bigfoot world. 11 years ago, Dr. Johnson had a "Class A" Bigfoot encounter with his family while hiking near the Oregon Caves. After his life changing sighting, he went to the public and described one of the most intense encounters ever.

Dr. Johnson has been following our coverage of "Daisy", the Bigfoot supposedly captured by Team Quantra. In the following post, Johnson explains why it's not possible for Team Quantra to have a Bigfoot specimen. Read below:

Team Quantra DID NOT capture a Bigfoot. It's NOT possible. Think about it. The Squatches know when people are out there in the woods. There's NO WAY on God's green earth that they're going to watch them put the trap in the woods and then turn around and walk on to a pressure plate. Also, think about the size the trap would have to be. It would have to be HUGE. Then think about how much such a HUGE trap would have to weigh in order to have the strength to contain a Bigfoot. Finally, think about how SLOW the walls on a pressure plated trap would be and how slowly they would raise in order to create a BOX for "DAISY" to be contained in. Unless a tranquilizer gun is used, a Bigfoot can NEVER be captured.

So the question remains, why are they risking their reputations on such a HOAX? To draw attention to themselves? They can easily walk away from the HOAX because "Ed Smith" can be the "Fall Guy" and take the heat. They can say that they never said any such thing and "Ed Smith" can simply state that he made a mistake and engaged in false assumptions. Once again, Quantra DID NOT capture a Bigfoot. This is a creative HOAX to gather attention that everyone can walk away from under the guise of false assumptions and miscommunication. Quantra needs to come out right now and let everyone know that they don't have a Bigfoot or they risk losing all credibility as well as their reputations.