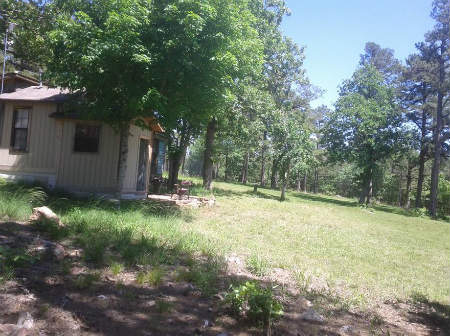 [Updated] We uploaded the real high resolution photo below. And yes, we do see a Bigfoot now. Sorry for the mix up!

Bigfoot Evidence reader tkoenig sent us the following photo of a possible "Wood Ape". tkoenig says the figure is about 125 years yards away "at the far treeline". To be honest, we were unable to locate the "damn thing" in the photograph. The high resolution image is below: