FB/FB Where Possible Hoaxers Send their Videos to be Authenticated? [Humor] 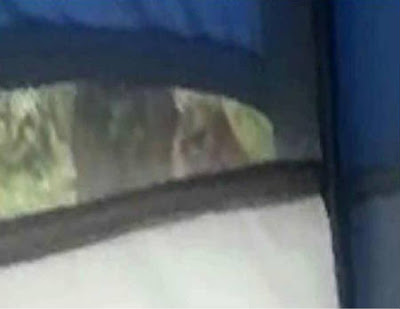 Editor's Note: This is a guest post by Team Tazer Bigfoot member Cot a.k.a the Chicken of Truth.

I COT am just a simple chicken with extra super heroic powers, one of my favorite powers to use is my bullcrap detection power. When FB/FB decided to post the now infamous camper video, they authenticated the video as being the real deal. Jack Barnes the fearless leader of FB/FB and by what I am told, one of the smart humans on this planet earth recently made a statement that was forwarded to Shawn on his Blog Bigfoot Evidence. The arrogant Barns and the FB/FB team believe that "this video had to be done by expert, for it to be so realistic he even mentions they have on film an anatomically correct Sasquatch."

Jack Barnes even states "they are serious but this is just serious fun", what the hell does that mean. Is it we are serious about selling are books and telling you Bigfoots is exactly the way we say it is or is it we love to make the zombie humans that follow us think everything is Bigfoot so we can get our kicks and laugh at them. Humans are very strange and the arrogant hairless ape Jack Barnes really puzzles me.

I COT love to have fun, but not the serious fun Jack states like it’s really not that big of a deal. One thing COT is 100 percent against is Hoaxes and Hoaxers. When I COT get videos I have them reviewed by professionals that can tell me if anything is out of the ordinary in the video. Naturally and also do a revision of the facts, time, location, event, and people involved.

So my hairless primates, I leave you with a little video with food for thought and hope that this Hoax is blow open, unfortunately even if it is, I COT do not believe FB/FB will ever change, not with such an arrogant leader like Jack Barnes that seems to think Hoaxes are no big deal as Jack stated "Maybe we were fooled but someone would need to be an expert in the subject. If it is a hoax, which they adamantly maintain it is not. So we will see..." Whoa! We will see are they even really investigating the people involved with the video. BUAWWWWWWK! Seems it’s not that important to the arrogant Jack Barnes and his FB/FB team yin.