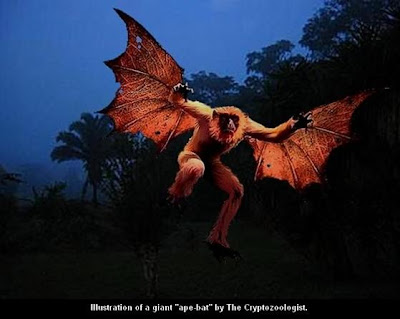 On the island of Seram, Ambon, Indonesia, the inhabitants have reported sightings of a mysterious creature reported to live in caves in the non-active volcanoes of Kairatu since the 15th century. The creatures are described to be close to five feet tall have fur, red skinned, human-like bodies with wings like bats and are able to walk upright.

The local folklore also tells of stories of the creature’s habit of kidnaping children at night and eating them. The locals of the Island of Seram call the flying primate the Bati. The name itself means Winged Man and the story of Bati has survived for centuries among the local population until told to Christian missionaries who came to the island.

In 1987, a missionary named Tyson Hughes from the United Kingdom began his work and lived for 18 months in the Maluku islands to teach residents how to farm. The inhabitants told their tales of the Bati to Mr. Hughes, but of course, Mr. Hughes was skeptical until finally he himself confessed to seeing the creatures.

Some Cryptozoologists believe that the Bati is a Technorganic Pterodactyl which has survived to this modern century. The most popular theory is that the locals are actually seeing giant Bats, which possibility have been capturing and eating monkeys. No known report of giant fruit Bats flying away with a child has ever been reported. 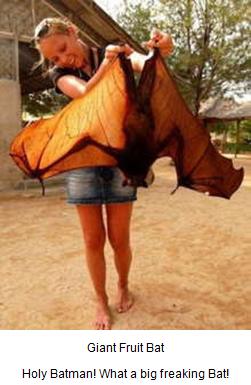 Another possible connection which may have also propagated the legend per Wikipedia is the Orang Bati they fear is actually tribes with that very name in eastern Seram who claim to be able to fly and the story also claims that they abduct children.

The French adventurer Jean Raymond visited and photographed them in 2005, attracted by the stories of the orang bati. These photographs are published in his book Les Molucques (2007). Needless to say, they could not fly and did not abduct children.

Another possibility that some people have entertained is the flying primate theory, which many zoologists find to be absur. Instead, some scientists have proposed what people from these Islands are seeing are actually giant fruit Bats from the genius Pteropus, commonly known as flying foxes. They have a theory that these bats are actually descendants from primates and possibly what some are seeing is some bats may be showing some genetic remnants of their tails.

Interesting enough, at one time during the Flying Foxes evolutionary development the fossil records do show skeletal remains of the species which actually did have tails which scientist think they used to maneuver in flight.

Sightings of the Bat-like primate are still being reported on the small Islands of Indonesia, even as far as the Island of Java. If you ask any of these witnesses, they will tell you that what they are seeing is not a giant Bat, but the Orang Bati.