Who Will Be the Next Generation's Star Bigfoot Hunters? 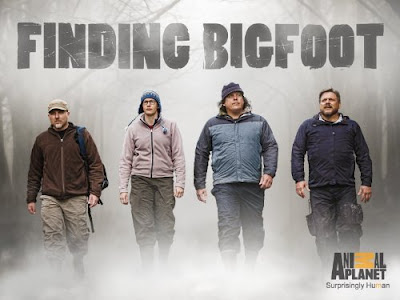 If you're wondering where the next generation of serious Bigfoot researchers will come from, meet a group of college students from Penn State University eager to take up the cause. The young students have formed their own club calling themselves the "Searchers of Sasquatch".

Whether you like the influence of the reality TV show Finding Bigfoot or not, the show is the inspiration for the groups creators Mark Kasting, designated head squatchman, along with friends Jack Bagby and Bruce Etter. Bagby deals with the ethical aspects of the research and takes on the skeptics, while Etter is assigned as the social director of sorts, charged with maintaining a strong group dynamic with members during field outings.

The group isn't an official Penn State club as of yet and is still working on finding a place large enough to hold regular meetings for its 140 members. They are governed by a set of pillars which will be contained in the group's Book of Squatch. Here are some ideas the book will contain:

"Some of the pillars include rules like “Everyone can squatch,” “No area is unsquatchable” and “Squatching is fun.” However, there are also very serious pillars, like the killing of Sasquatch, which is one of the most “unsquatchman-like” things a person can do.

Kasting also said another pillar is the idea that searching for Sasquatch becomes instinctive. The instinct to search for Sasquatch is usually triggered by “squatchy” territory. Kasting said a squatcher will feel in tune with nature and know when he or she enters squatchy territory.

One of the final pillars states, “Squatching is forever.” Etter wondered aloud when the hunt for Bigfoot would ever end, since the search for Bigfoot has gone on so long already.

But Kasting said that the hunt for Sasquatch will never end, even if someone were to find Sasquatch or one of his many offspring.

“We have to learn what they have to teach,” Kasting said, in regards to Sasquatch. “They know how to live what appears to be happy lives."
Etter echoed these sentiments, saying that squatching is more than an attempt to find Bigfoot — it’s a lesson learned.

“Squatching teaches persistence in the face of adversity,” Etter said. “It’s sticking with what you believe.”


The group have gathered a lot of ideas and tips for successful field research, many that come from watching the show and reading about what their predecessors have learned. "One of the first things to remember", Etter said, "is to be respectful. You’re a guest,” Etter said referring to sasquatch territory. “You’re walking in their home; you want to be courteous.” Wise words.

Bagby adds that utilizing nature is one of the keys to success. He advocates a new method known as 'bird squatching', saying, "Observing the way birds react to their surroundings in the wild can give clues as to where a Bigfoot may be hiding. Birds see the squatches that we can’t,” Bagby said. “If we watch their patterns, we are able to predict where the squatches are.”

The group welcomes anyone who is interested to join whether believer or skeptic. They say a love of nature and a fascination with the Bigfoot mystery are the only requirements. It's good to know that there will be waiting and ready young researchers to carry on with the quest when today's top dogs are ready to pass the torch. So Finding Bigfoot has a done a good thing for the future of Bigfoot research. But I'm afraid we're also going to be stuck with its unfortunate influence on popularizing the that oh-so-annoying nickname "squatch" . Looks like it's here to stay.