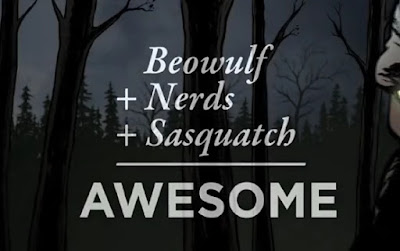 Here's a new pitch for a graphic novel about Bigfoot called "The Beast of Wolfe's Bay: Graphic Novel". Judging by the sample pages below, it looks really interesting and well done. It's about some nerds joining forces with local police to find out who murdered a bunch of frat boys during spring break. Since this book is about Bigfoot, you can probably guess who the culprit is.

The author is Erik Evensen. He's a graphic designer, illustrator, graphic novelist, and teacher -- sometimes all at once! He was born and raised in New Hampshire, and grew up fascinated with comics, monsters, and the paranormal. Check out the video below and see if you would like to back the project up at KickStarter.com.

The Beast of Wolfe’s Bay is an adventure/sci-fi story with a splash of comedy, folklore, and romance mixed in for good measure. It’s a one-shot graphic novel, not a series, so you’ll get a thick, full-color book for your bookshelf, if people still have those.

The hero of the story is a young guy named Brian Wegman. Brian is a grad student in anthropology who just can’t seem to finish his PhD. He’s been in school forever, and his advisor is starting to get on his case about it. But despite this, he’s an expert on paleoanthropology.

Brian is called in to consult on a strange murder case in the small, lakeside town he once called home. A bunch of frat boys were killed while partying on spring break, with some strange evidence that suggests the murderer might not exactly be human. Brian must use his expertise to identify the creature, and then join forces with the local police to seek the monster out and destroy it. Along for the adventure are Sheriff Gary Roth, a no-nonsense investigator, his deputies, and his daughter, Winifred, an energetic young folklore professor with an encyclopedic knowledge of the urban legends of the region. It’s basically Beowulf, starring a bunch of nerds. Also, Sasquatch. 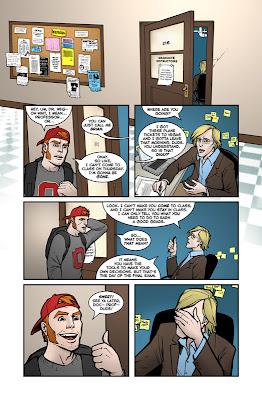 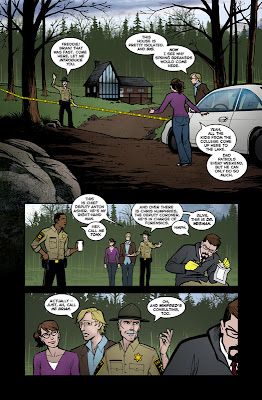