Dr. Melba Ketchum Can't Believe The Hoopla Over Her Stick Structure Photo, Claims To Have More Stuff That Will Blow Your Mind 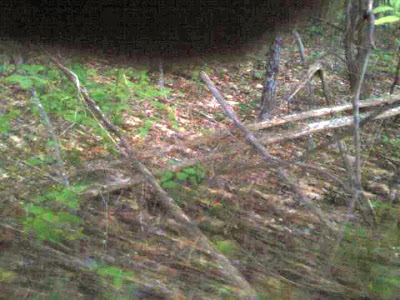 Dr. Melba Ketchum is being extremely generous this week, giving us tidbits here an there about her Bigfoot habituation sites. Although she has yet to reveal the actual locations of these sites, she mentioned that she visited OK and AR this past weekend to take some photographs.

A few days ago, she revealed that she has seen a family of five Bigfoots at one of the sites and took a photograph of a "stick structure" purportedly made by the Bigfoots. On Facebook today, Ketchum says that she can't believe the attention her "stick structure" photograph is getting. She adds that she has plenty of evidence to support what she's seeing. "I have a lot of samples and yes I have evidence. I can't imagine how this is going to go..... What an uproar there will be, no doubt," she wrote.

Ketchum also notes that if she were to release everything that she has, "folks would lose it completely".

FYI, I visited OK and AR this past weekend and took pictures of some interesting things including the stick formation that has created such a fervor. I cannot believe that there is so much hoopla associated with the innocent posting of a stick structure which I made no claims about other than an apology for the poor photography with my cell phone. I guess folks would lose it completely if I posted everything I have. ;)