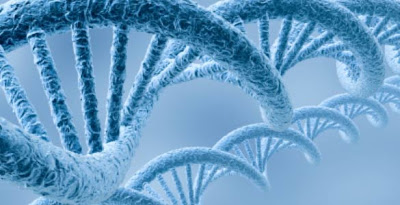 The past few days, Dr. Melba Ketchum has been cautiously keeping us updated without revealing too much about the Bigfoot DNA study that's purportedly in peer-review and slated for publication in an unknown scientific journal. The conversation in the Bigfoot community is slowly turning a question of "when" the study comes out, into a question of "if" it ever comes out. It's clear that there are two camps watching from the sidelines, and neither side truly knows what's going on behind the scenes. One side tells us to be patient and to wait for the results to be published. The other side swears she's pulling the wool over our eyes.

Regardless of what either side thinks or believes, let's be honest about this-- Dr. Ketchum is either pulling the most elaborate hoax in Bigfoot history by risking everyone's reputation around her, or she's telling the truth and about to make the biggest biological discovery of our lifetime.

Lately, there has been a lot of negative feedback from the community about the way she's handling the study. Having a public Facebook page to update people on the subject doesn't seem to be helping her either. Judging by the recent updates defending herself against skeptics, she probably feels like the world is closing in around her. We're writing this to let her know that there are plenty of people in the scientific community who is giving her the benefit of the doubt and presumes that she's probably onto something big with her study.

Harold Samuel Jenkins tells us he's a member of the scientific community. This is what he wrote in response to one commenter named John Lloyd Scharf, who claims to know about the Genbank DNA submission process. Here's what Jenkins wrote in reply to one of Scharf's comments:

John, I am a scientist and what you say is not "entirely" correct re Genbank and the rest. The data and the conclusions must be checked first before it is included in that database, hence the paper review process and that is best done through a highly regarded Journal. I suspect you may think you know what is going on here but with sincere respect you have taken a wrong interpretation. Presuming this is not the greatest hoax since Piltdown Man and that Ketchum is not insane and is not deliberately destroying her career and livelihood by running a hoax, then there will be a paper. What is in that paper only her and her co-researchers know. No one else. I think you have taken a very dangerous stance on this and I hope it does not come back to bite you in the stern. As they argue in legal cases, there are only three clear choices here. Point 1. What she has said is either true or not. If it is true all will be revealed in time and many will owe her an apology. Point 2.If it is not true and she knows that it is not true, she is a liar and her career and business are wrecked. Point 3. If it is not true and she believes it IS true then she is certifiably insane and her career is wrecked.

If this was just one strange individual doing all this on her own then perhaps she might be certifiable, but she has a number of other Phd's who worked on this. So I ask - what are the odds of them not pulling her up before now. Likewise do you believe they would all follow a lie and are doing nothing to protect their own careers.

I am sure that there are many out there in troll land who will not be able to follow the logic here or who just do not want to be bothered and find the easy path is to have a mindless rant. Frankly that is their problem. I just suggest to you that on the balance of probabilities that there is only one conclusion that has merit. Rather than focusing on the rumours we need to just sit back and wait either for the paper to be published, or for the train wreck if it is not.

My last point is this. Look at the volume of comments about her work in this site and elsewhere. There is tremendous interest, either in support because many understand the process she is going through, or against by those who do not or are unwilling to try to understand. The existence of BF is perhaps one of the most contentious subjects imaginable and attention has never been more focussed in the entire history of the topic than now. If I was carrying out research in such an environment of close scrutiny I would be doing exactly what she has done. Telling no details. The only thing I would not have done was start a BF DNA Facebook page because it attracts to much uninformed opinion and too many bigoted tirades for the most trivial of comments.

From one old salty to another, be careful to not pull the gangplank before you go to step ashore. It's a long drop into the abyss without a lifeline.


As usual, we like to give our readers both sides of the conversation. The following comment was posted by an anonymous person who claims to be a member of the scientific community:

I am a post-doctoral research associate ,and at the end of this week, I am presenting preliminary data from our lab at a research conference . This data is not published , but the manuscript containing this data is currently with reviewers undergoing the peer review process. At the conference I am sure we will be asked where we have submitted our paper to and when we submitted. We will answer these questions without even the slightest fear of the journal rejecting our paper. Presenting this data at the meeting to colleagues , and discussing this data with members of the scientific community does not jeopardize our ability to publish the findings in any way manner shape or form. The excuses from the ketchum camp citing the journal embargo policy as the basis for their reluctance to tell where in the process this paper is or isnt , is ludicrous, and makes me wonder what it is they are trying to hide . If that were not bad enough , now add to this the constant teasing from the FB page whenever there is a lull in interest , and constant empty promises that go unfulfilled, coupled with a removal of any and all posts on that FB page that do not exalt her to godlike status . Folks it is sickening.

As a member of the scientific community I find it egregious that she is trying to play on peoples lack of knowledge regarding the publication process to make it look like her hands are tied and that she would really love to tell us more but cannot . I also find it horrible that she will take portions of the journal requirements that fit her needs and post them for the world to see while leaving out others ( those that say specifically that data can be shared among colleagues and can be presented without violating any embargoes) that do not fit her needs.

Lastly, why hire a publicist and why keep posting things that no self respecting serious scientist would ever post? Enough is enough. If she has pictures or video evidence that has been taken from witnessing this family of playful BFs that are obviously not part of her manuscript , then post them , rather than just adding to the mountain of unverified data and claims . I am sorry if this seems harsh, but as a man of science myself, I cannot sit by and listen to any more of this BS. I am open to the possibility of BF being a real bona-fide species that has not been identified, but with people like this running the show , it is no wonder why there are so many skeptics.