Producer Ro Sahebi Introduces Us to His New Short Documentaries on Yeti and Sasquatch: "EXTINCT?" [Video] 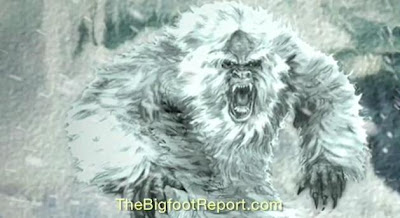 The origins of the Yeti have been documented for several decades and many believe that it still exists. Some anthropologists believe that the Asian continents’ extinct super primate, Gigantopithicus, may be the forefather of the Yeti and the North American Sasquatch. Throughout the years, numerous documentaries have been produced on the subject of the Yeti and Sasquatch. Many of these documentaries often leave the un-scientific community scratching their heads because of the technical terms that many of us do not understand.

Enter Ro Sahebi, a talented filmmaker and producer who has worked in television post-productions for Punch TV Network. Ro is a passionate believer of Sasquatch and wants to bring a refreshing look along with his own brand of educational documentary to the subjects of Yeti and Sasquatch. I had the pleasure of friending him on Facebook and viewing one of his new short educational videos for a series named “Extinct?” that he is creating for a new site call “The Bigfoot Report”.

Here is a little background on Mr. Sahebi and the reason why he became involved in Sasquatch research:

My background is music and television. Mostly I work in post-production, but I recently produced and directed a travel show called Road Sweet Road for Punch TV Network.

Now, I have a blog called TheBigfootReport.com

I've been a Bigfoot believer since I was a kid, though I have no personal experiences or encounters to speak of. Leonard Nimoy's show "In Search Of" made me a fan of Bigfoot as a teen. Since then, I've been obsessed with the topic and have researched this creature frequently since.

As a filmmaker, writer and father, I feel that the educational portion of most Sasquatch programs have not been presented in an open minded format. Forget about making a skeptic believe in something 100%, it won't happen. Let’s win them over with a fun conversation, then present a well thought out point of view to ponder. Nothing more, that's what “EXTINCT?” is trying to do.

Nice to meet you Damian, Look forward to talking to you soon,

Below are some Q&A and my first short video documentary for my new series on the Sasquatch genre, in case anyone wants to know exactly what they are about:

Q: What makes “EXTINCT?” different than other documentaries of this genre?

A: We’re not telling the viewer anything is real, we are not trying to chase down anything with a camcorder either. We are presenting a case for the discovery of a new species. This show is attempt to make a fair-weathered skeptic listen, not believe.

In addition, we don’t take ourselves too seriously. At TheBigfootReport.com we already know that spreading awareness is an uphill battle. And for the record, WE BELIEVE WHOLEHEARTEDLY! But people outside of the community still see us as well… kinda crazy. Far too many shows enforce this, and fighting it only seems to make it worse. Our view, be lighthearted and have an open mind.

A: Episode 1 - THE YETI is available for free, watch it now on YouTube:

Q: When is the next episode and what is the subject?

A: There is no set schedule, but episode 2 should be out by mid-March and will explore Orang Pendek. In addition, we building a new webcasting studio to provide more content, but everything is self-funded and takes more time than we would like.

Q: Your previous posting mentioned a featured length movie, is that true?

A: Yes, it’s on the way, we are working on it now and should also be launched by mid-March.

Thank you all dearly for all the positive support and emails, anyone else that has any questions can contact me directly at: rosahebi@gmail.com or find me on Facebook (click!).

As you can see, many talented people are creating dynamic mediums so we can educate ourselves more about Yeti and Sasquatch. Thanks Ro Sahebi for bringing the community a fun and entertaining way to educate the older generation and the new breed of scientists and researchers who are interested in the study of these Hominoids.