Is This The Bigfoot Community? 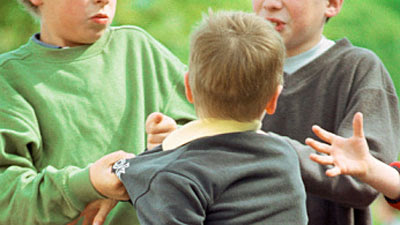 Sometimes when you're in the midst of it all, you forget that we're all seeking the same answer. It makes you wonder if the constant back and forth between people in the Bigfoot community are causing casual observers to step away from the field, wondering if this is something they want to involve themselves in.

One casual observer and blogger named Storm notices the infighting and wishes the "community" would just grow up:

While Sasquatch is not my primary area of interest, I have been watching the goings on in Bigfoot circles with some amusement these days. I am reminded of a group of children on the playground in elementary school. There is an awful lot of pushing and shoving (especially amongst the boys), the bigger kids are bullying the smaller kids and there is a general feeling of chaos and disorder that no amount of teacher intervention can overcome. Anyone who has ever had charge of such a scene knows that all you can do is keep the kids from hurting themselves and each other.

In a so-called community in which a group of people is attempting to verify the existence of a creature from legend, you would think that there would be more open mindedness. Instead, you see people drawing battle lines wherever they go. Passionate arguments break out over whether Sasquatch is a hominid or an ape, about how the creatures behave i.e. are they shy and avoid humans or are they curious and attracted to humans, do they stalk and hunt deer, are the little 'shelters' found in some locales really Bigfoot nests, etc. I have seen an argument on a Bigfoot forum about the color of eye shine for these animals. And when I say that these arguments are passionate, I am being charitable; the term flame war enters my mind.

My point to the Bigfoot "community" is this, though. You have the cart before the horse, folks. Before you can argue about the habits of this creature and whether is is more closely related to apes or humans, you actually have to find one and convince the scientific community that the critter exists. To do that is going to require a systematic, long term effort on the part of someone or some group of someones, not tramping around in the woods on weekends and vacations with a thermal imager hoping to get lucky. It is time, from this outsider's point of view, for the Bigfoot community to grow up and start looking for ways to field teams of highly trained individuals who are familiar with scientific evidence recovery procedure, tracking, stalking, surveillance, capture and tagging instead of hanging around waiting for the next big publicity stunt to argue about.