What is the biggest controversy in Bigfoot research? 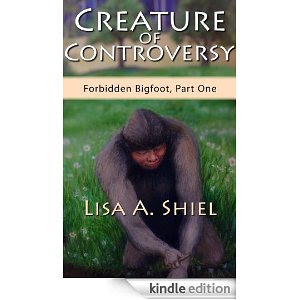 In a book by Lisa A. Shiel, titled "Creature of Controversy (Forbidden Bigfoot, Part One)", Shiel tries to expose the feuds in the secret world of Bigfoot research. During one interview with well-known Bigfoot researchers, like Eric Altman, Melissa Hovey, Regan Lee, Thom Powell, Nick Redfern, and Kathy Strain, Shiel asked the following question:

"What is the biggest controversy in Bigfoot research?"

Nick Redfern had an interesting answer:

"In my personal opinion, without any doubt, it's why we haven't been able to catch Bigfoot or find a body or any hard evidence—which flies in the face, in my view, of any other animal that doesn't fall in the realm of cryptozoology. When it comes to bears, lions, and tigers, we may find them dead occasionally in the wild or we might find a bear occasionally hit by a truck, but the important thing is that even though it's just occasionally, it does happen. I think this is the biggest controversy with Bigfoot research. Bigfoot, even when it reportedly gets shot, never crumples to the ground and dies. If it unfortunately gets hit by a car, it always manages to escape. Photographic evidence is interesting but never conclusive. Hair samples are interesting but never conclusive. It's this overwhelming, almost eerie elusiveness with Bigfoot that to me is the most controversial aspect. The reason it's the most controversial aspect is because, by default, being so elusive to me implies there's something more—or paradoxically less—to Bigfoot than just being an unclassified animal that science hasn't found or doesn't recognize."


There's more in her book, and you purchase the Kindle Edition for just $1.99. Click here.

Product Description
Is Bigfoot real or a hoax?

For most people, this is the most controversial question surrounding Bigfoot. But to the folks who study Bigfoot—interviewing witnesses, collecting evidence, and analyzing the data—there's no question about Bigfoot's reality. Yet behind the closed doors of Bigfoot research, arguments boil over into feuds worthy of the Wild West.

Now, Lisa A. Shiel invites you to step through the door and learn about the controversies that both enliven and hinder the quest for this mysterious creature:

• What should we call Bigfoot?
• Is Bigfoot paranormal, flesh and blood, or both?
• What on earth is Bigfoot?
• Should we shoot a Bigfoot in order to prove they exist?
• How much do we really know about Bigfoot?
• And much more!

Creature of Controversy exposes the feuds in a no-holds-barred look at the secret world of Bigfoot research, enhanced by interviews with other well-known Bigfoot researchers:

Will the Bigfoot mystery ever be solved, or will infighting block the search? Buy Creature of Controversy today to find out!