Is sasquatch a closely related subspecies to humans? ISPP says it could be named 'Homo sapiens hirsutii' 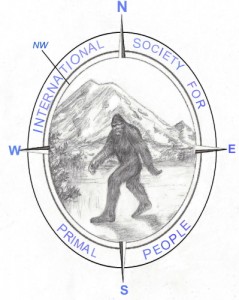 Homo sapiens sapiens, that's us. As far as we know, we are the only living species in the Homo genus. Subspecies of Homo sapiens such as Homo sapiens neanderthalensis and Homo sapiens idaltu are all extinct, probably due to interbreeding between the subspecies. Anatomically they were like us, modern humans.

And then comes Homo sapiens hirsutii or hairy humans, but Bigfoot researchers like to call them sasquatch. They are supposed to be like us too. Yeah. This is all new to us and it' not yet official, that's as much as we know for now.

Where did we get this new term "Homo sapiens hirsutii" from?

On May 4th 5th and 6th, 2012, the Pacific Northwest Conference on Primal People will be held at Richland, Washington. It's not clear if the event is invite only, or for the public, but heavy hitters like Dr. Melba S. Ketchum and David Paulides will may be there to give their talk on "Sasquatch – Homo sapiens hirsutii." What does this mean? Well, we can only speculate that they are already scheduling appearances and this must mean they have something, right?

Update: "Below is a list of proposed speakers… some have committed, some have given us a verbal OK and a few are still working on scheduling. Whatever happens, you can see this will be a wonderful conference." - Jaime Avalos

This talk by David Paulides about Bigfoot being human and not an ape.