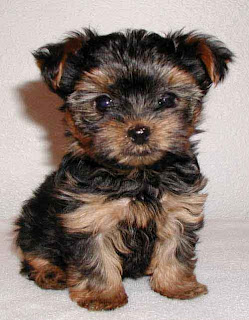 The Florida Skunk Ape hunter Tim Fasano is on a rampage this week. First, he accuses Todd Standing and Matt Moneymaker of being hoaxers (that's if Matt is shown to be too nice to Todd and decides to let him off the hook). Now, he thinks the Erickson Project photo released earlier this month is not a Sasquatch at all. He says the creature in the photo shows "an animal that's appears to be no bigger then a medium to small dog!"

"The tree limbs in the foreground are frail and thin meaning the shooter was VERY close... Bigfoot weights about 50 lbs! Get real. This is as bad as bad gets. Adrian Erickson must of gone to the local dog park for this photo. How can you people not see this?" said Fasano.

Read the rest of the "Sleeping Bigfoot" breakdown by Tim Fasano below:

This photo released by the Erickson Project is supposed to show a sleeping Bigfoot. Oh really? Does Bigfoot have a tail? Work with me for a moment. I am an expert at this, considering I DID film a sleeping skunk ape and you can find it on my YouTube channel


Bigfoot weights about 50 lbs! Get real. This is as bad as bad gets. Adrian Erickson must of gone to the local dog park for this photo. How can you people not see this?

Erickson is running a hoax. He is out to support his crumbling real estate development company. Unfortunately, he is is not street wise enough to fool a veteran cab driver who knows when his yank is being pulled. There is no evidence of Bigfoot coming from him. Thee is a Bigoot, but Erickson does not have the goods. That being said.

Follow the real researchers such as tcsjrbigfoot, firstbillyjack, fasanotampa. You can find them on YouTube. I would have made that statement two years ago, and nothing has changed. These hoaxers will come and go but the real guys just keep going on.

After it is all said and done, Erickson and Meldrun will piss off a lot of people. Many of these people have been asking for it because of their political correctness in the Bigfoot community. There needs to be a shakeout. That is good. It will leave the same Bigfoot guys that were there all along. The others will be exposed.

My fear is there wont be enough people left to care.