This is getting good. Grab your popcorn everyone. The Erickson project and Robert Lindsay just brought more people out of the woodworks. Robert Lindsay, after posting another update on the Erickson project received some unwanted attention today. Robert quoted Tom Biscardi as being a "womanizer", not "having a good personality... he is a crass, vulgar, condescending, arrogant, egotistical and highly narcissistic man." Biscardi has never heard of Robert Lindsay or his blog before, but Tim Fasano have been keeping tabs on Mr. Lindsay.

So what did Fasano do after reading mean things about his buddy Biscardi? Fasano brought up Robert's comment to Biscardi and some other guy name Java Bob and this was how their conversation went:

Robert Lindsay: Seprating The Truth From The Myth
A Conversation With Tom Biscardi and Java Bob
By Tim Fasano

I had a conference call today with Tom Biscardi and Java Bob about certain revelations that came out in Robert Lindsay's blog. Linday published some very interesting tid bits about the machinations going on between the Erickson Project, Melba Ketchum and Tom Biscardi. I did not contact Tom, he called me.

Tom calls me every week to keep me caught up on events and to see how I'm doing. He is a friend; I am not an associate. I am a YouTube poster and I work alone. I will go out in field when invited by others but I prefer to work alone. They say as you get older you know what works best for you and have no need to seek out superficial friendships. I welcome input, but after requiring decades to find out how my feet make contact with the ground, I like to keep it that way.

I conversation I asked Tom if he had ever heard of Robert Lindsay. He said he had not. That, of course meant he had no idea what Lindsay was bloging about him at his site. I told him, and he laughed. He called Java Bob on the phone and we had a three way (not the kind Linday is thinking of). Tom asked Java if he knew a Robert Linday and he said, "He's a blogger." Java Bob also added that he never goes to the sight because he does not want to give him any hits. 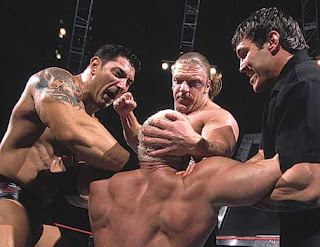 These are some of the things Lindsay claims:

Ketchum has an unfulfilled NDA With Biscardi:


"It is interesting that the Ketchum Project people attempted to trash us as being associated with Tom Biscardi. Biscardi, whatever you think of him, has been an essential element of the Ketchum Project. Many times we needed folks to run samples from wherever to Ketchum’s lab in Texas. All of these illustrious Biscardi-hating investigators could not be bothered to do so. Only Tom Biscardi would step up to the plate, and so he was used.

Ketchum has an agreement with Biscardi to do the work on his own samples and to send him the results. She has never fulfilled her end of the bargain, hence she can be sued by Biscardi. However, Biscardi probably lacks money for a lawsuit."

Most of this is true and Lidsay does a good job of pointing out how Tom has been sending work to the Ketchum people and not to Erickson. The problem here is that Erickson has been sending his samples to the her as well. She has assumed ownership of them and gotten a Hollywood agent during this process. We all know the kind of 'check mate' she is contemplating. Lindsay is also right that Tom, and his people have been running samples to the her lab in Texas. She never has fulfilled her end of the bargain, and can be sued by Biscardi. You are wrong about Biscardi lacking money.

Biscardi was the producer of two of the most successful shows in Las Vegas last year and has even been the promoter of an Ossie Osborne tour. Guys that can do that, don't lack money. Look it up. Google is your best friend. Vegas headline shows and rock concerts make millions for the promoter. Biscardi does not need money.

Tom Biscardi - Hoaxer or not?

"After quite a bit of investigation, including an interview with Java Bob Schmaltzbach, I have concluded that Tom Biscardi is not a hoaxer. Java Bob went through a long history with me about the Georgia Boys’ fake Bigfoot body saga. It appears that both Biscardi and Java Bob were hoaxed by the Georgia Boys. Biscardi had no idea it was a fake. He was on the phone having Java Bob run tests on the thing when Bob discovered that it had a rubber foot.
It was then that that Java and Biscardi realized that they had been had. Recall that Biscardi forked over ~$50,000 for the fake dead Bigfoot. Why would he lose all that money if he was in on a hoax?

The truth is that Biscardi is not a hoaxer. Instead, he is a gullible, not particularly bright, narcissistic, showboating sort of guy who works as a Las Vegas showman. He believes anyone, so he gets hoaxed himself all the time. Biscardi also believes very much in Bigfoot, and he has 4 excellent daytime sightings and many more nighttime sightings. He has made some positive contributions to the Bigfoot field. In short, the popular image of Tom Biscardi as a hoaxer seems to be mistaken.

Biscardi does not have a good personality. He is a crass, vulgar, condescending, arrogant, egotistical and highly narcissistic man. Most people who associate with him for a while leave him because he is so hurtful. He hurts his own friends and even his own family with his callous remarks. Like many such types, he hasn’t the slightest clue about his culpability in these interpersonal scenarios. He has contempt for nearly everyone else in the Bigfoot world, who he typically refers to as bottom feeders.

Biscardi is not a Rhodes scholar, but he’s not stupid either. At best he has about average intelligence or so. He has an engaging, extroverted but brash personality."

You are right that Tom gets hoaxed and that he is not a hoaxer. However Robert Lidsay, you have never meet the man and are in no position to know his personality. You are a professional and know that personality can only be judged by first hand encounters, not hearsay. You wrote that he hurts his own family. how could you possible know anything about his six children and how good of a father he is. Tom is a great father and his children love him. When he was with me on a Bigfoot outing, his kids were always calling him on the phone. That seems like a good sign to me.

Lets see Mr. Lindsay, he, like your buddy Adrian Erickson, is smart enough to become a multi-millionaire on his own. I don't know how you measure intelligence? Its not always which California University you have an advanced degree from.

You said he is a womanizer. This is weak and way out of bounds. You say he is "one of the wildest, most out of control and notorious womanizers in the Bigfoot world." He is single and may date a women. Is that not allowed. Do you date women Mr. Lindsay or do you go the other way?

Why were Tom and Bob on the phone talking like old buddies. Java Bob laughed at what you wrote and so did Tom. None of the lies you have been told are true. Tom has helped Java Bob get a book deal with a large advance. Java Bob is currently writing his book and is should be a best seller - so much for ruining a mans life.

Mr. Linday, you talk about things you can't possibly have any knowledge of. I am sure that is what they taught you in journalism school. Here's something you won't be able to ignore.

You stupid Erickson Project will flame out like an old drag. The science is pseudo-science and will never be excepted. Your videos are fake. Tom Biscardi has already worked that property you have in Kentucky and has a link to their outing on his webstie. You got nothing Robert..nothiing but a fake video that Moneymaker sold you for twenty grand.
Source: www.bigfootresearcher.com