Dentist sees Virgin Mary on tooth, swears he does not believe in Bigfoot or weird things

Does believing in Bigfoot make you weird? This dentist thinks you're weird if you believe in that kind of thing. However, he was totally blown away after seeing the mother of Jesus on a patience's molar.


July 28, 2011 in City
Holy molar! Madonna sighted on a bicuspid
by Doug Clark The Spokesman-Review

Dr. Michael Trantow has seen plenty of the expected in his 30 years of peering into the mouths of patients.

Seeing the Virgin Mary staring back at him, however, was definitely a first.

“I was so startled,” the Spokane Valley dentist said of what he witnessed earlier this month after removing a patient’s crown.

“I told everyone in the office to come in and look at this.”

The consensus, he said, fell pretty much into the category of shock and awe.

The exposed surface of a tooth belonging to longtime patient Marilyn Blossom appeared to bear the face of a woman who could be, well, you know who.

“I don’t believe in Bigfoot or weird things,” Trantow added. “But this took me back a lot.”

This is the sort of mystery I love sinking my teeth into.

The first step was to get an honest medical opinion.

Doug: “Is this what you’d call a holy molar?”

Trantow, 57, strikes me as a sincere guy. He invited me to his Valley office and I accepted. After some pleasantries, the dentist led me into the very room where the miraculous may have happened. Or not.

Fortunately, the patient didn’t need to join us.

The image, the dentist explained, was made by what was under the crown: glue remnants, an old filling, tooth enamel …

All that combined into an unlikely human pattern.

To me, the apparition resembles pop star Katy Perry more than the Lord’s ma, Mary.

Then again, I’m no faithful Catholic like Trantow, who regularly plays guitar at his church worship service.

But far be it from me to interfere with anyone’s immaculate reception.

And in all fairness, the dentist isn’t 100 percent certain that what he encountered is worth calling the Vatican about.

Still, the question remains: Does he believe – or not?

“I think there might be something there because I’ve never seen it before,” he said. “You always trust your gut reaction in the first two seconds and it kinda looks like Mary.”

Proclaimed images of Mary do have a way of popping up in the craziest of places. Searching the Internet for “Mary sightings” will quickly validate this truth.

I found photographs of Mary’s supposed visage on a tree, a banana, a potato and – my personal favorite – a Marylike salsa stain on a restaurant wall.

“I’m a scientist first, but I’m also a human and there are some things that cannot be explained,” said Trantow.

The tooth’s owner isn’t so sure.

“He (Dr. Trantow) was quite excited about it,” said Blossom, who turned 79 on Tuesday. “It’s something different, anyway,”

Blossom is a native to the area. She has three grandchildren and four great-grandchildren.

Even better, Blossom didn’t mind my columnist curiosity about what’s going on in her mouth. And my suggestion that she charge believers to make pilgrimages to her tooth drew laughs.

But is she jumping on the Mother Mary bandwagon?

Blossom chuckled and summed it all up to perfection.

“Everybody sees what they want to see.”

Maybe that old saying is true. Wisdom really does come with age. 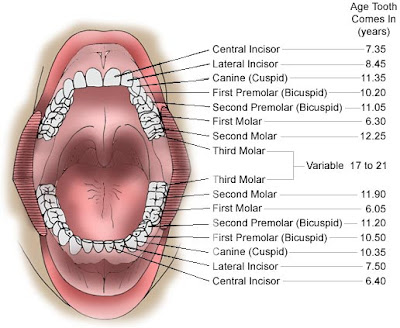