Pictures of the Day: André the Giant 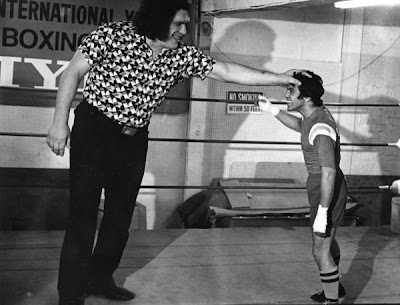 Andre the Giant (May 19 1946 - January 27 1993) was a wrestler and actor, born André René Roussimoff in Coulommiers, France. He was at least 6'10" tall, and was usually billed at over 7' tall. His great size was a result of excessive growth hormone, a condition known as pituitary gigantism, and led to him being dubbed "The Eighth Wonder of the World".

In the World Wrestling Federation (WWF), Roussimoff is a one-time WWF Champion and a one-time WWF World Tag Team Champion. In 1993, he was the first inductee into the WWF Hall of Fame. 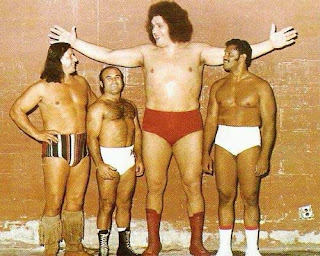 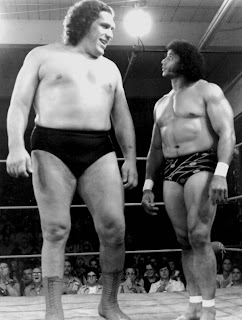