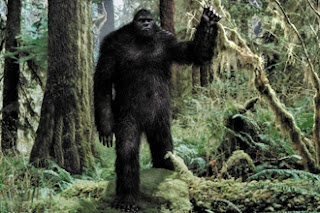 'Exists', a new Bigfoot thriller by "Blair Witch Project" director Eduardo Sanchez begins shooting outside Austin, Texas in October this year. "The film is the first in a trilogy exploring and reinventing the Bigfoot myth," Sanchez said. "We all remember the terror of watching such classics as 'The Legend of Boggy Creek,' and I look forward to making Bigfoot scary again."

Considering all the hype and interest surrounding Bigfoot nowadays, this is a great move by the famed movie director.

Jamie Nash and Sanchez penned the script about a group of twentysomethings who take a trip to a cabin deep in the wooded wilderness and are methodically hunted by a Bigfoot-like beast.

Weta Workshop and Spectral Motion are collaborating on the design and build of the monster. Shooting kicks off just outside Austin, Texas in October.