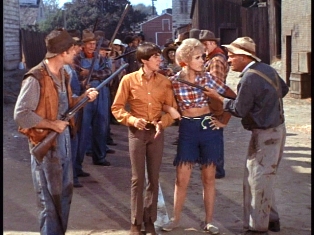 On blog post #115, the North America Bigfoot Search group wrote about the Honobia, OK, Bigfoot shooting incident and gave some advice on how to take a Bigfoot specimen. According to the post, they weren't too happy about with the way the Bigfoot group from Texas handled the event.

First, we're going to explain what happened in July 2011 in Honobia, OK.

According to Charles, Bigfoots had been visiting his property for many years. Several Bigfoot organizations have became interested in researching the area. A group from Texas (Texas Bigfoot Research Conservancy) began Operation Endurance and headed out into the woods where they spotted a Bigfoot near a creek bed.

When Colyer rounded a bend in the road and entered a clearing in front of the West Cabin, he witnessed a large, brown, upright, hair-covered figure walking in front of him at a distance of roughly 25-30 yards. Colyer noted it had long hair on its shoulders and the back of its head, which was distinctly conical in shape. He saw it from the left side and slightly to the back; its front was not visible to him at any point. Upon later comparison with a 6'3" tall TBRC member, the creature was estimated to have been both more massive and somewhat taller.


At that time, TBRC held a unique position when it comes to taking a specimen. They believe that a specimen must be taken if they wanted to prove that Bigfoot exists. This position made it a little easier for them to unload their shotgun at a Bigfoot.


NABS believes that Bigfoot is more to human than ape and it would be a felony to shoot or injure one. When they heard about this incident involving TBRC, they were not thrilled by it at all and posted this message on their blog:

The question of whether it’s ethical for a bigfoot organization to participate in a hunt for a specimen has had much media attention in the last several months. The issue got instant visibility when a retired forest ranger from Oklahoma made a presentation at the Honobia Bigfoot Conference. He named the organization (TBRC) and he named the individual that had been staying at a local cabin hunting the biped. The ranger stated that he thought the group was conducting research, not attempting to collect a dead specimen. TBRC went into the woods, apparently observed a bigfoot and fired a massive barrage of bullets in an attempt to bring it down. The shooters apparently did not know the background they were shooting into as two hikers were in the field of fire. The hikers ran back to their car and took a near death ride out of the area thinking they were being tracked and killed. The hikers vehicle was damaged during their subsequent escape. The local sheriff was called and was able to interview the TBRC shooter. The sheriff confirmed the story just as it was written above.

NABS is not in the business of embarrassing individuals involved in the shooting but it is important to understand what can happen in the woods. The retired ranger was irate when he heard what TBRC was doing in his woods. He sent NABS a copy of a check TBRC sent to the hikers for damage to their vehicle and an apology letter from their accountant. Again, we won’t print it because we don’t want to embarrass the people involved but we also think it’s valid to show the public what a groups policy is on this issue.

TBRC was officially on the ranger’s property and Alton Higgins is the chairman and biologist of the group. He had publicly stated in the past that a specimen needs to be taken; I guess public ridicule has started to have an affect, a minor affect. The attached link explains the group’s position ( http://www.texasbigfoot.com/index.php/news/news/191-wordfromchairman). TBRC is now stating they are taking a neutral position on the collection of a bigfoot specimen.

Any competent hunter lives by a set of moral and ethical rules when they are in the woods. Rule number one, you don’t shoot at anything unless you are absolutely positive what you are about to kill. TBRC wants to kill a biped and then figure out what they shot, hmm. There has never been a shred of physical evidence that there is a wild gorilla or ape living in the wilds of North America, none. It is illegal in many states to hunt any mammal that is not a named game species in season, how could this activity be legally or morally justified?
Nobody can definitively state what species a bigfoot/sasquatch may be.
It is against the law to hunt a species not named in a state-hunting guide.
If bigfoot were human, it would be a felony to shoot or injure it.

NABS respects the opinions of competent researchers and amateur enthusiasts. The woods become a dangerous place when some compromise the safety of others and show no regard for established laws.

Always walk in pairs in the woods.
Opinions can be forwarded to: nabigfootsearch@yahoo.com


You can read the full report about the Honobia, OK Bigfoot shooting incident by clicking here.