Now A Sighting Report From Maryland 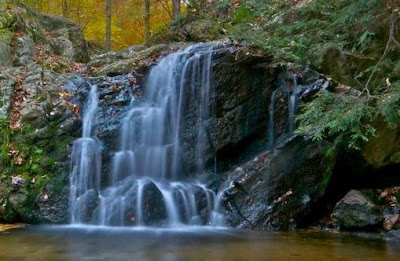 From the Phantoms and Monsters blog site comes a sighting report out of Maryland.

On one occasion in Patapsco a group of 6 or 7 of us was chased out of the park at night. There was a little clearing we found 50 years or so off the trail. In highschool my friends used to go there at night to drink and smoke weed lol. We were in the park at night every weekend. The sounds of deer and foxes and such were normal to us. We heard heavy footsteps and twigs breaking off in the distance. We said it was deer and kept talking. Then the footsteps got louder and louder. "Just deer" we kept saying to each other. Then whatever it was began charging us. Again this is a decent sized group of guys. Whatever it was was coming straight at us. My friend Ben was our "leader" back then. He was a little older and generally more mature and tougher than the rest of us. He quickly got to his feet staring in the direction of the charging, white as a ghost, that's when we all realized this truly wasn't normal. We all ran out of the park at once and didn't go back that night.